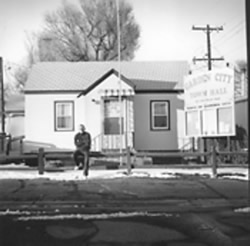 It was the mid 1930’s when prohibition ended. In June 1935, Greeley voters, by a majority of 356 votes, voted in the local option election to make Greeley “dry” and prohibit the sale, manufacture for sale, transportation for sale or possession for sale of liquor in the city limits of Greeley. Two Greeley liquor stores were ordered closed by the Chief of Police the morning following the election. 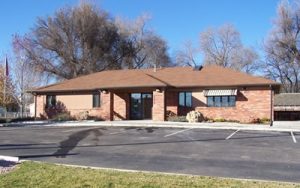 Shortly after this local option election, there was talk in Greeley Tribune
articles of a “Wet Town” incoporating on Greeley’s southern edge. The 10 acre area known at the time as Ray’s Cottage Camp was owned by Mrs. A.F. Ray. The law at the time stated that in order to incorporate a town, there must be a petition filed with Weld County with 30 signatures of residents who were also landowners. Mrs. Ray began selling cabins and lots in her Cottage Camp for as little as $100.00 (she carried the mortgage) so that Garden City could meet the petition criteria.

As the years progressed, the locals in the surrounding area would “go over the hill” to drink and dance.